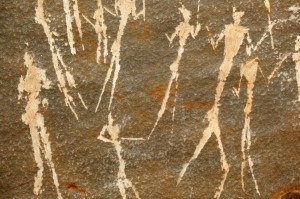 And Alberta’s Oil Age won’t end because we’ve run out of oil. We’ve got the third largest proven oil reserves on the planet. We won’t be running out of oil in my lifetime, or my children’s lifetime, or perhaps even their children’s.

Alberta’s Oil Age will end when we run out of customers. That could happen much sooner.

As I see it, there are three main factors at work here: environmental issues, supply and demand issues – including our capacity to supply our customers – and price. Oh, and one more thing: everybody hates us.

Don’t take that personally. It’s not us as people so much as it’s the accident of our heritage. We produce oil. Places that produce oil are vastly outnumbered by places that consume oil. Oil-consuming jurisdictions are dependent on oil-producing states (or provinces), and given the cost of oil, it tends to make those who need it envious and resentful of those who have it to sell. Oh, and it might have helped if the early Oil Barons like JD Rockerfeller hadn’t ripped off entire populations. Or if the industry could lose the huge blind spot it has had historically to the level of public unease with its activities and practices. Plus which, the search for oil has left a blight on the landscape across the globe. The mineable oil sands near Fort McMurray are no more of an eyesore than the oilfields of California or the Caucasus. As evidence, I direct you to the photographs of Edward Burtynsky. (You might also like to Google “Images for Edward Burtysnky Oil” to see much more of his work.)

Yes, I understand it’s not solely the oil industry’s fault – that none of this would have happened if there wasn’t the demand for oil. But trust me…as hypocritical as it might seem, a lot of people in Vancouver and Toronto and LA worry about what the oil sands might be doing to change the climate as they drive to work, listening to the news on the car radio.

Which leads us into the first threat to Alberta’s ability to keep selling its bitumen: environmental issues. If enough people believe it’s an issue, it is. If enough people are convinced the oil sands are more of a contributor to climate or more destructive of the environment than other sources of energy – especially other sources of oil that are allegedly not as “dirty” as bitumen – that’s a problem. And it has to be addressed in a demonstrably meaningful way. An ad campaign won’t cut it.

In turn, environmental concerns lead to the second threat: supply and demand issues – including our capacity to supply our customers. On the supply side, Alberta cannot get all the bitumen it produces either to existing or new markets if more pipelines aren’t built. Yet the Keystone XL line across the US Midwest is at least delayed and the Northern Gateway line to the Pacific is in major jeopardy because of opposition to Alberta’s “dirty oil”. On the demand side, by the time the environmental and political hurdles to its construction have been cleared, there may not even be a need for the Keystone XL line, because the United States is now on track to become the world’s largest producer and a net exporter of oil.

Which brings us to the third threat to Alberta’s Oil Age: price. This is a tricky one, because it can go a number of ways. New oil sands developments are uneconomical if oil prices are too low. If light sweet crude oil prices are high but bitumen prices are low – either because the capacity to get the stuff to market is constrained or because there’s only one customer, the USA – then at some point the spread or differential between a barrel of bitumen and a barrel of light sweet crude becomes big enough to make it more worthwhile to upgrade and refine the bitumen here at home rather than sending the raw product south for the Americans to add value. But too much upgrading here at home would be bad for the environment – which takes us back to the first threat.

However, here’s what has to be the ultimate concern over price for every oil producing jurisdiction – and this comes back to the fundamental truth that oil consumers resent oil producers. If the price of oil goes high enough and stays there long enough, it becomes a powerful motivator for oil consuming jurisdictions to go looking for alternatives. On an individual basis, that’s trading in the SUV for a Camry hybrid that carries almost as many people and their junk and gets 63 miles per gallon. Multiply that by four million – the number of hybrid vehicles Toyota has sold since the first Prius rolled off the line – and that represents a major drop in demand. But there’s more. When the price of oil stays high enough for long enough, it begins to make sense for everyone from major industrial consumers to entire countries to invest in renewables and in conservation. Or, at minimum – in the case of the United States – in shale and tight oil which is now economically feasible to produce. If you can make the math work, it is always better to be an energy producer than an energy consumer.

So whether it’s the environmental imperative, or supply issues, or price, there are plenty of gathering storm clouds that threaten to drive away Alberta’s customers. Thus far, our politicians’ responses have been pretty equivalent to their handling of the Beef Crisis – defend a status quo from which the world is running away. That’s like insisting on finishing your golf game while the lightning’s flashing around you – unwise and ultimately fatal.

So in the next rant in this series, I’ll start laying out a strategy that might just get us safely into the clubhouse before the lightning strikes, and do the planet a favour or two in the process.