THE NEED FOR PLAN B 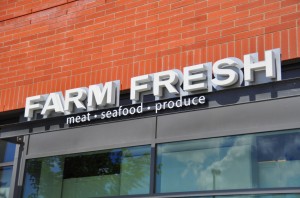 If you’ve been following along, you will have noticed that I am on about the notion that few if any of our politicians have figured out that there are two or three big issues that they ought to be chewing on, because how – or whether – they deal with those issues will impact every one of us. The issues are transformational, and they are happening now. The first big issue is: what is Alberta going to do for a living after oil and gas?

And you will have noticed that I’ve been using the “fecal coliform show” (PG-rated version of what I’m really saying) that quite literally is the XL Foods Beef Crisis to illustrate my point about the need for a Plan B. That is, Alberta continues to defend a status quo that a changing world is leaving behind.

So – beef is obvious, and it’s this simple: the Alberta Government’s only response from the beginning of this crisis over a month ago has been to stand by its assertion that our beef is just great! Best in the world (provided you cook it enough)!

A few of our provincial politicians have also managed to find words of concern for the meatpacking plant workers in Brooks, and don’t get me wrong: the concern for them, for Brooks, and for a number of other nearby communities impacted by the economic shock of the plant shutdown is entirely warranted.

But wouldn’t it have been nice to hear a politician or two express some concern for the millions of consumers here in Alberta, across Canada, and internationally who were impacted by this crisis – including, if it’s not too much to ask, the 15 people who got sick?

Saying that Alberta beef is “great!….best in the world (provided you cook it enough)!” isn’t likely to cut it with the above-mentioned millions because, in the wake of this mess, things aren’t going to get back to normal.

When Martha and I patronize a butcher shop (vs buying beef at the supermarket), it’s most likely to be Silver Sage Beef at the Calgary Farmers Market. (You can see from their website how their beef is raised and processed – and no, I don’t get a discount on their beef for writing this.) Before the beef crisis, it wasn’t unusual to find yourself lined up at the Silver Sage counter with maybe three or four customers in front of you. Had we wanted to buy beef when we were at the market last weekend, we would have had something like 20 people in front of us. I suspect the story is the same at other independent butcher shops.

The Alberta beef industry was already in a significant degree of pain before the XL Affair. Consumers were already voting with their feet. It’s safe to predict that they will now consume even less beef. When they do buy beef, an increasing number of Albertans will seek it out from local, independent sources they feel they can trust. And when consumers outside Alberta buy beef, they will increasingly get it from someplace other than here.

Oh, one more thing. Thanks to CTV News, we now know that US officials have repeatedly cited XL Foods for food safety issues stretching back some eleven years.

I’d be impressed with Liberal Leader Bob Rae’s comment that “It’s entirely unacceptable that Canadians would be less informed than Americans and that Canadians would be, frankly, less protected than Americans” if it weren’t for the fact that when this started, 11 years ago, the Liberals were in power. It’s abundantly clear now that neither the Harper Conservatives nor the Chretien/Martin Liberals were doing their jobs.

Alberta beef is great – but it doesn’t matter. Nattering on about our beef’s goodness like nothing ever happened as it comes out that your federal counterparts turn out to have been spending the last decade effectively shooting, shoveling and shutting up is defending a status quo from which the world is running away.

So, what does any of this have to do with life after oil and gas?

More than you might think, as I will explain in my next rant.